A long-standing riddle in molecular evolution concerns the question of how proteins, forming so many shapes and exercising so many fundamentally different functions, can evolve into new proteins, with new structures and functions. Several models try to explain such innovations without depriving an organism of its existing, possibly essential function exerted by the "old" protein. The most popular models include neofunctionalization, subfunctionalization (SUBF) by degenerative mutations, and dosage models, all focusing on adaptation after gene duplication. “Escape-from-Adaptive-Conflict” partially resolves this riddle by including adaptive processes before and after gene duplication that led to multifunctional proteins (promiscuous enzymes), and divergence (SUBF). Read more 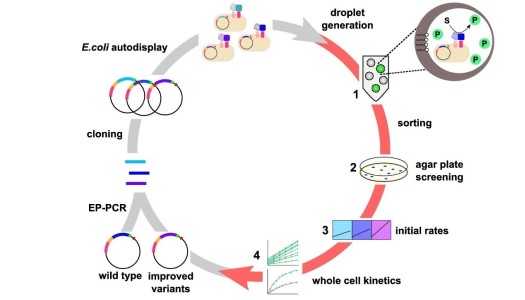 Modularity is a hallmark of molecular evolution, whether considering gene regulation, the components of metabolic pathways or signalling cascades, the ability to reuse autonomous modules in different molecular contexts can expedite evolutionary innovation. Over times scales of several 100 MY, the evolution of protein coding genes is dominated by the modular rearrangements of protein domains, their evolutionary, structural and functional units. While a small core of arrangements is universal, a large fraction of multi-domain arrangements is species specific and has been created recently via gene duplication, fusion and terminal loss of domains. Surprisingly, thousands of domains are completely (i.e. all copies within a genome) lost from genomes along every lineage in a stochastic manner, i.e. at a fairly constant rate of ca. four domains per million years. Read more 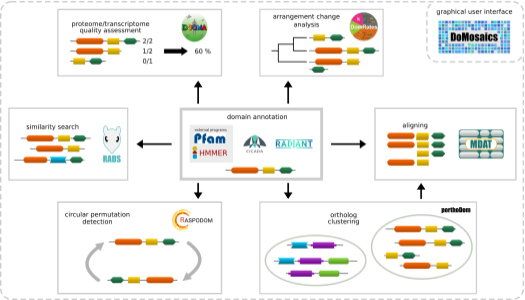 With every new genome sequenced a couple of hundred proposed genes remain ''orphans'' because computational methods could not assign any orthologs, even to closely related and well annotated species. Presumably many of these (lineage-specific) genes are transcribed, sometimes translated and proteins functional and adaptive, at least under some (possibly unknown) conditions. De novo emergence is not only against current believe that most novel genes emerge from old ones, it is also difficult to reconcile with a biophysical perspective because novel reading frames emerging from previously non-coding matter must be considered extremely unlikely: they would most likely be disordered, aggregate and thus be deleterious or, at least be purged for purely energetic reasons. So, where do new coding genes actually come from, how do they function and how is their -- potentially detrimental -- expression regulated? Read more 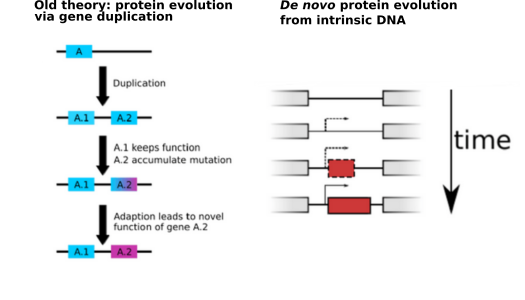 Sociality is considered to be one of the major transitions in evolution but only little of the underlying genomic basis and the associated selectable traits are known. Social insects are an excellent study object because their genomes are relatively simple to analyse and many speciation events gave rise to morphologically and ecologically diverse species within a relatively short time period. Furthermore, in insects, sociality has independently evolved at least twice, in Hymenoptera (comprising ants and bees) and in termites. Both groups also show a striking reversal of the otherwise widely spread trade-off between longevity and fecundity. Furthermore, loss and/or reversal of social behaviour has been observed since several ants parasitise or enslave the colonies of very closely related species. Read more 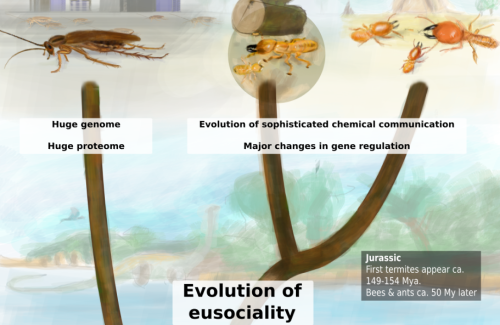